In Partnership With We Are Home Team 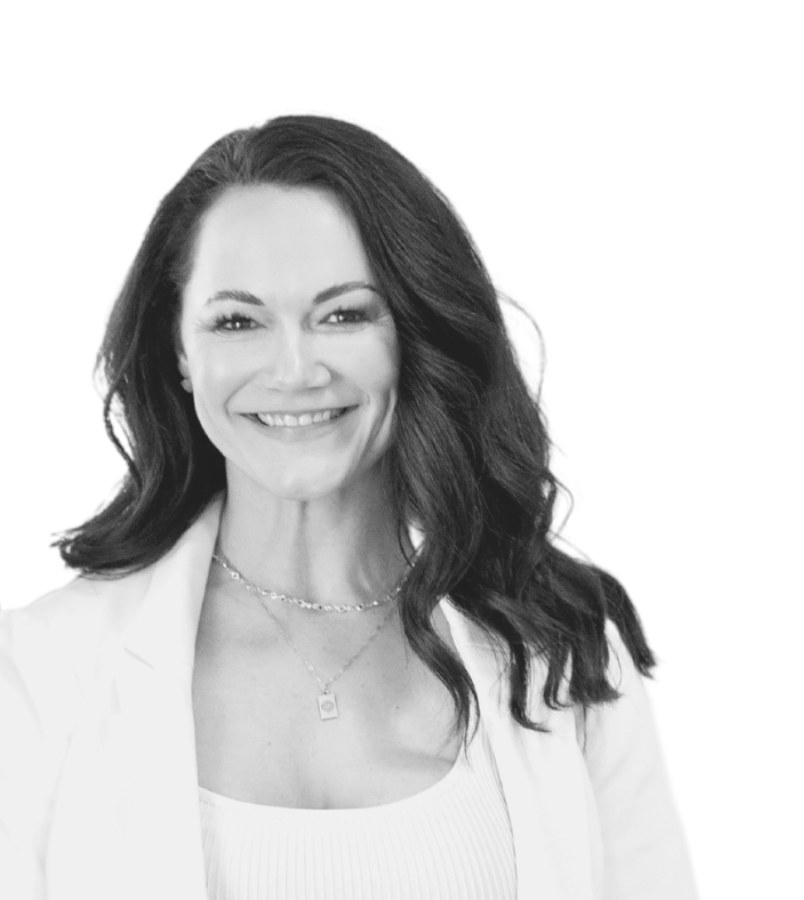 Your REALTOR® For Life.

Jessie McCracken is a born and raised small town girl who is living out her big city dreams. She started off her real estate career working as a salesperson selling condos for a popular south Edmonton multi-family project where she was able to gain some experience and work with one of her best friends. With all of their success, Jessie and Sara decided to study together and each get their real estate license and start up a small boutique real estate team that would serve clients in the Edmonton area – Sara Jessie Real Estate Services.

As business partners, the two flourished in business and in life! After Sara married her San Fransico based husband, she transitioned out of the business which left Jessie missing the “team” atmosphere and the support of a strong partner which lead her to join the YEGPro Realty team.

In 2017 Jessie became the Owner of YEGPro Realty, a boutique real estate brokerage in Edmonton, and has since grown the team there from 5 agents to 70+ (and growing depending on when you are reading this).

In 2020, Jessie knew it was time to again to lead her own team and now has brought together “We Are Home Real Estate” which currently has 7 team members.

Her leadership and unwavering confidence in treating others the way she’d want to be treated has resulted in her continued success as a leader in Edmonton’s real estate industry.

Jessie & Sara were behind a record breaking MLS sale in 2014 when a luxury suite at Symphony Tower sold under their guidance for 2.4 Million dollars. At the time it made headlines and was the highest condo to sale on the MLS in the history of Edmonton.

Since that time, Jessie has continued to work with developers and new projects in both a consulting and sales role. Her keen eye on industry trends and design as well as knowledge of the Edmonton and area market has been sought after in many projects.

Jessie was chosen to work closely with Pique Developments in Edmonton on their new project in 2018 and played an integral part in the interior design of a front-back duplex in Queen Alexandra and two homes in the upcoming neighbourhood of Sherwood.  When the homes were completed, her experience helped 3 of the 4 homes sell in the first week on the market within 3% of the list price. Jessie continues to work with the Team at Pique Developments on new infill projects.

Most recently, Jessie has partnered with RedBrick Developments, a local Edmonton Developer with a passion for creating rich, vibrant and livable places. Jessie has been a valuable part of the team in introducing the Ocheller brand of infill development aimed at changing the Canadian housing industry.

The first two projects launched by Ocheller were a semi-detached unit in the mature neighbourhood of King Edward Park, as well as a series of townhomes known as Nest8 in the new, sustainable community of Blatchford. Jessie is proud to be a part of this industry-leading team. 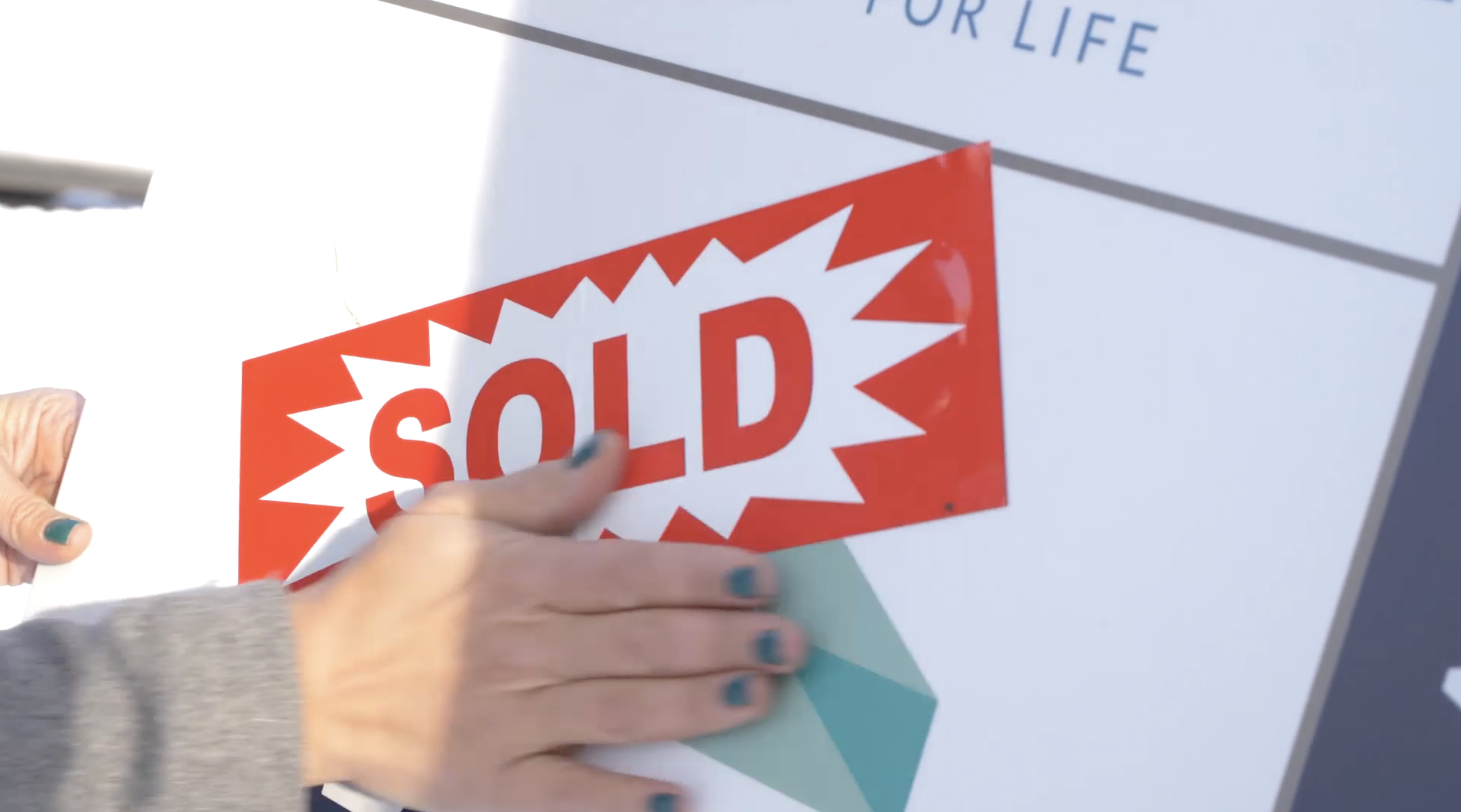 Because of Jessie’s hard-working nature, a natural instinct for trends, and ability to connect with people, her client list will typically be made up of an average of 98% referrals at any given time. As her reputation grows, so does her impact on the real estate market in Edmonton and surrounding areas which has resulted in massive momentum for her brokerage.

“Jessie and her team were amazing to deal with from day one. At no point did we need to reach out to them for an update on our listing, they made the process of selling extremely easy for us. Her team staged our condo beautifully and we received frequent updates from Jessie and Tara in regards to our showings as well as statistics on similar properties for sale in our area. This team made our selling process feel like a breeze and I would highly recommend them to anyone looking to sell or purchase a property!”
~ Jennifer M.
“We were very fortunate to have Jessie help us find our home. As our realtor she helped us find the right house in the right neighbourhood for the right price. Her honesty, professionalism, knowledge and hard work ethic are much respected and appreciated. She immediately responded to all of our questions, gave us great advice and was always focused on finding us a home that met our needs. You’d be hard pressed to find a better realtor!”
~ Carla D.

“Jessie was great and showed us all the houses we wanted to see. She was very informative with us being first time buyers and and very friendly. Her and her assistant, Tara have been excellent answering all of our questions- (there was a LOT!) they were both super thoughtful in all the gifts and just very helpful throughout the entire process. Phenomenal- highly, highly recommend!“

“We purchased and (5 years later) sold our property with Jessie McCracken Real Estate Services. Jessie and her team were there for us throughout the process; everyone was very professional, responsive and overall pleasant to work with. We couldn’t be happier with the service we received and would recommend Jessie to friends, family and anyone looking for a smooth and personalized experience when selling or buying property in Edmonton and surrounding areas. Thank you Jessie and Tara!“

“Jessie has shown us what it is like to work with a true professional. Our property was sold within days of being listed with her agency. She answered all of our questions directly and confidently. Her vision of representing our property online was extremely well done!”

“We had the pleasure of working with Jessie to buy a new home as well as sell our previous home.  Jessie was energetic, patient, honest, resourceful, and professional.  She went above and beyond to meet our needs.  She was knowledgeable, and did a phenomenal job guiding and answering any questions that surfaced even if it was late at night.  Jessie helped sell our home in under two weeks!  She added so many perks with the move we are truly grateful for!!  We highly recommend her as an agent!”

“Jessie truly loves what she does and has a passion for finding people the perfect place!  She was very informative and as a first-time homeowner was able to point me in the right direction to find the best fit.   Jessie is very quick and responsive when scheduling viewings and points out the good and the bad in each property.   I thought buying a place would be a stressful process but she made it an amazing experience.  When things didn’t work out she continued to look forward and keep a smile on my face.  I ended up with a really great place solely because Jessie was extremely quick to get information to me and get an offer started.  I highly recommend Jessie McCracken @ YEGPro Realty to anyone looking to shop for property in Edmonton.”

Misplaced my last water bottle so I got to pull ou

Who else cleanses themselves, their homes & their

The last couple days of 2022 have been pretty wond

As exciting & magical as the holiday season is it

What a year it has been… & what an awesome group

We have been underpromising and overdelivering on real estate transactions with an over 98% referral base of clients.

The Edmonton market is always changing so you need to rely on trusted advice. We specialize in real estate services for: